IS A TRANSITION TO RETIREMENT INCOME STREAM STILL WORTHWHILE?

A transition to retirement income stream (TRIS) provides access to your superannuation whilst still working once you reach preservation age.

TRISs were introduced by the Howard Government back in 2005 to help people ‘transition into retirement’ by allowing them to use their preserved super to supplement their reduced income resulting from scaling back their work hours.  However, few TRISs were actually used for this purpose.

Anyone from preservation age, currently age 57, can commence a TRIS as there’s no requirement to reduce work hours.

A popular strategy until 30 June 2017 was to offset the amount taken as a pension by salary sacrificing or making tax-deductible contributions to super – the power of a TRIS came from the tax arbitrage that resulted by moving from the taxable accumulation phase into the tax-free pension phase.

The superannuation reforms from 1 July 2017 impacting TRISs changed all this.  Their attraction has worn off as fund earnings on investments supporting a TRIS are now taxed at 15% (unless in retirement phase).  However, some positive features remain, e.g. tax-free pension payments from age 60.  Also, SMSFs can offset any franking credits against tax payable and the fund may get a refund of excess franking credits.

So, is it still worthwhile commencing a TRIS?

The main reason for commencing a TRIS nowadays is for the purpose for which they were originally intended – to supplement income after scaling back work.  Their name says it all – ‘transition to retirement’ income stream.  However, there are other reasons.

If you’ve reached preservation age and need a little more to live on, then a TRIS may be for you.

You may want to reduce non-deductible debt, e.g. your mortgage, personal loan or credit card debt, or need funds to contribute up to the concessional contributions (CCs) cap, currently $25,000 a year.  However, if you can salary sacrifice or make a personal deductible contribution from your wage, other earnings or personal savings to maximise the CCs cap, then you don’t need a TRIS. Otherwise, you’re effectively taking money out of the concessionally taxed super environment and moving it into a taxable environment.

Ideally, a TRIS should be started from age 60 (unless you need income earlier) when pension payments are tax-free otherwise the taxable component of the pension will be taxed at your marginal rate with a 15% tax offset. 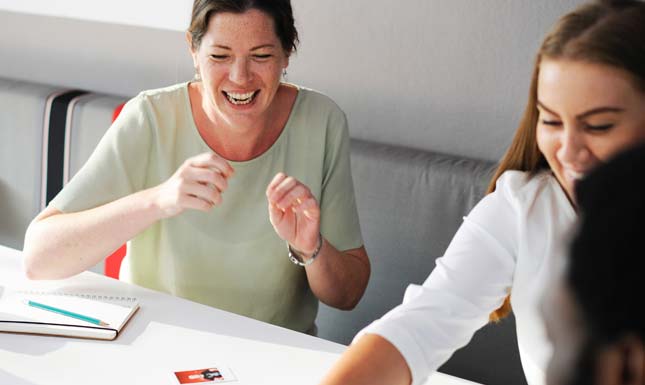 Once a TRIS, always a TRIS

A TRIS converts from accumulation phase to retirement phase when you reach age 65 or notify the trustee that you have met a condition of release with a nil cashing restriction, e.g. retirement.

When a TRIS moves into retirement phase, the income stream does not cease and does not convert to an account-based pension (ABP) according to the Australian Taxation Office (ATO).  Simply, it continues, but subject to the rules for a retirement phase TRIS.

Importantly, fund earnings on assets supporting the income stream become tax-free and the account balance when moving into retirement phase is a credit against your transfer balance cap – the trustee must report this event as part of the fund’s transfer balance account reporting (TBAR) requirements.

The balance supporting the income stream becomes non-preserved and the commutation restrictions and maximum 10% payment limit of a non-retirement phase TRIS are removed.

Until mid-February, an unintended consequence of the 1 July 2017 changes impacted the automatic reversion of a TRIS on death of the primary pensioner – making a major difference between a reversionary TRIS and an account-based pension (ABP).

A TRIS could only continue to be paid on death to an eligible beneficiary if that beneficiary had met a condition of release in his or her own right.  And if they hadn’t, then the TRIS needed to be computed and either a new death benefit income stream started – involving administrative complexity – or a lump sum death benefit paid.

Fortunately, this restriction has now been removed allowing the original TRIS to be paid to the dependant reversionary beneficiary.  Whereas before you may have needed to convert your retirement phase TRIS to an ABP to avoid this reversionary TRIS trap, this is no longer the case.  Now, there is no difference between a retirement phase TRIS and an ABP.  Consequently, there’s no need to convert a TRIS to an ABP.

Whether a TRIS is still worthwhile depends on your circumstances.

If you’re interested in accessing your super once you reach preservation age but continue working, a TRIS may be for you, but be mindful, if you commence a TRIS make sure you’re doing it with the intent of running an income stream.

If your motivation is to get money out of super and you’re thinking of starting a TRIS purely to take out the maximum 10% in one hit only to commute – i.e. transfer – it back into accumulation phase then you may run into trouble.  You might have thought about doing this because you need money and looking to your super, or you’re wanting to reduce your total superannuation balance (TSB) to be eligible to make a non-concessional contribution (or a larger one), or to qualify for the unused CCs cap catch-up – all have TSB limitations.